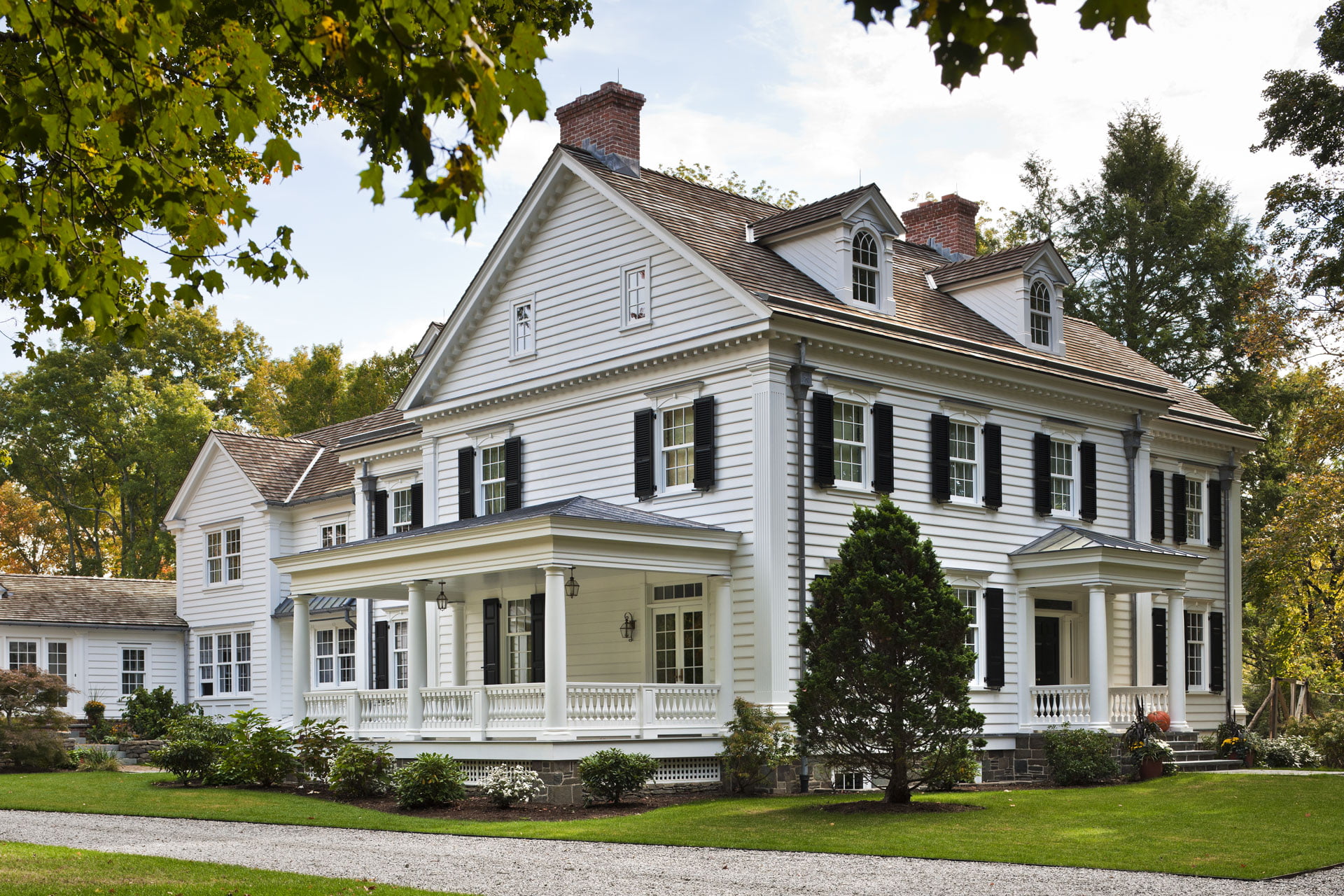 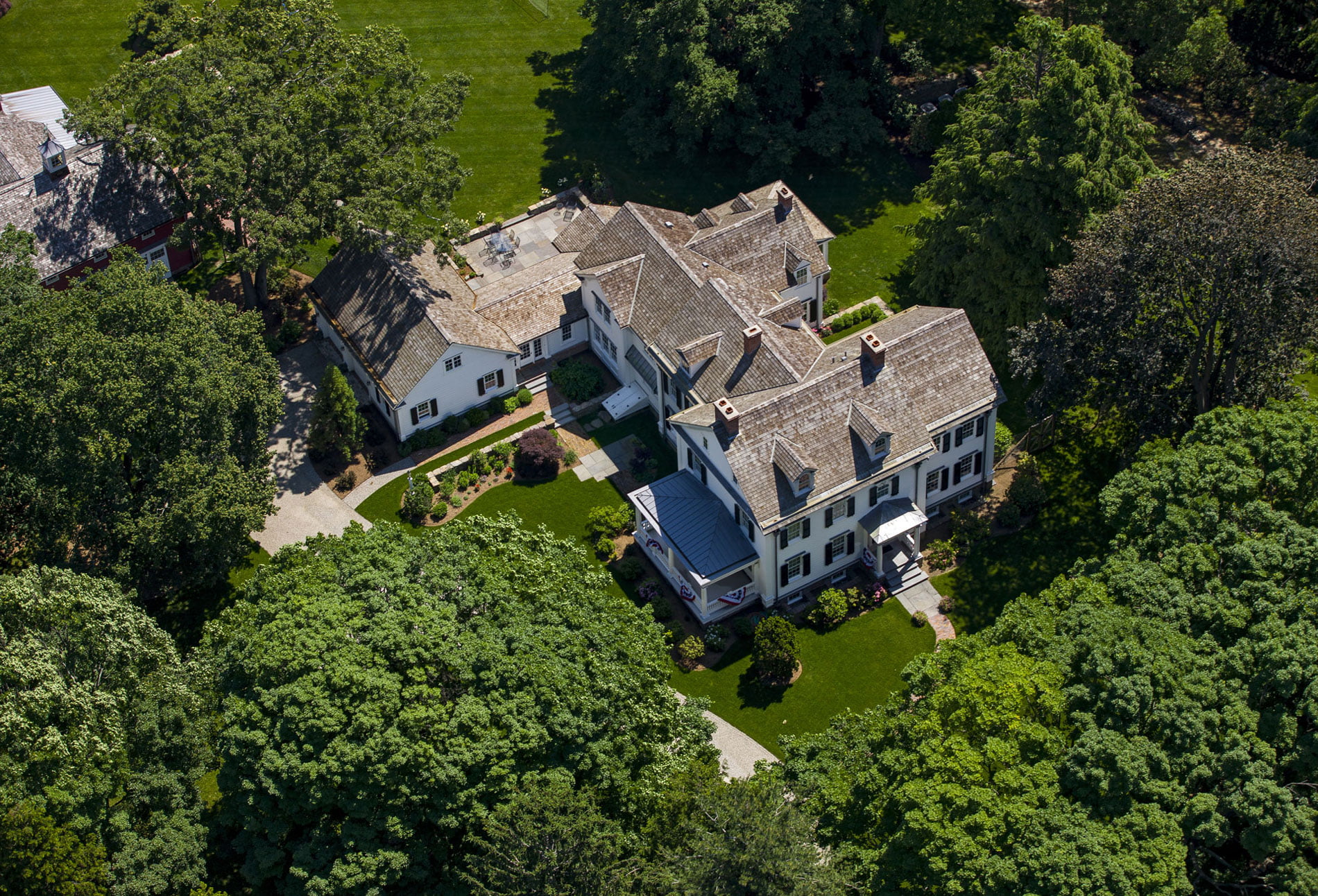 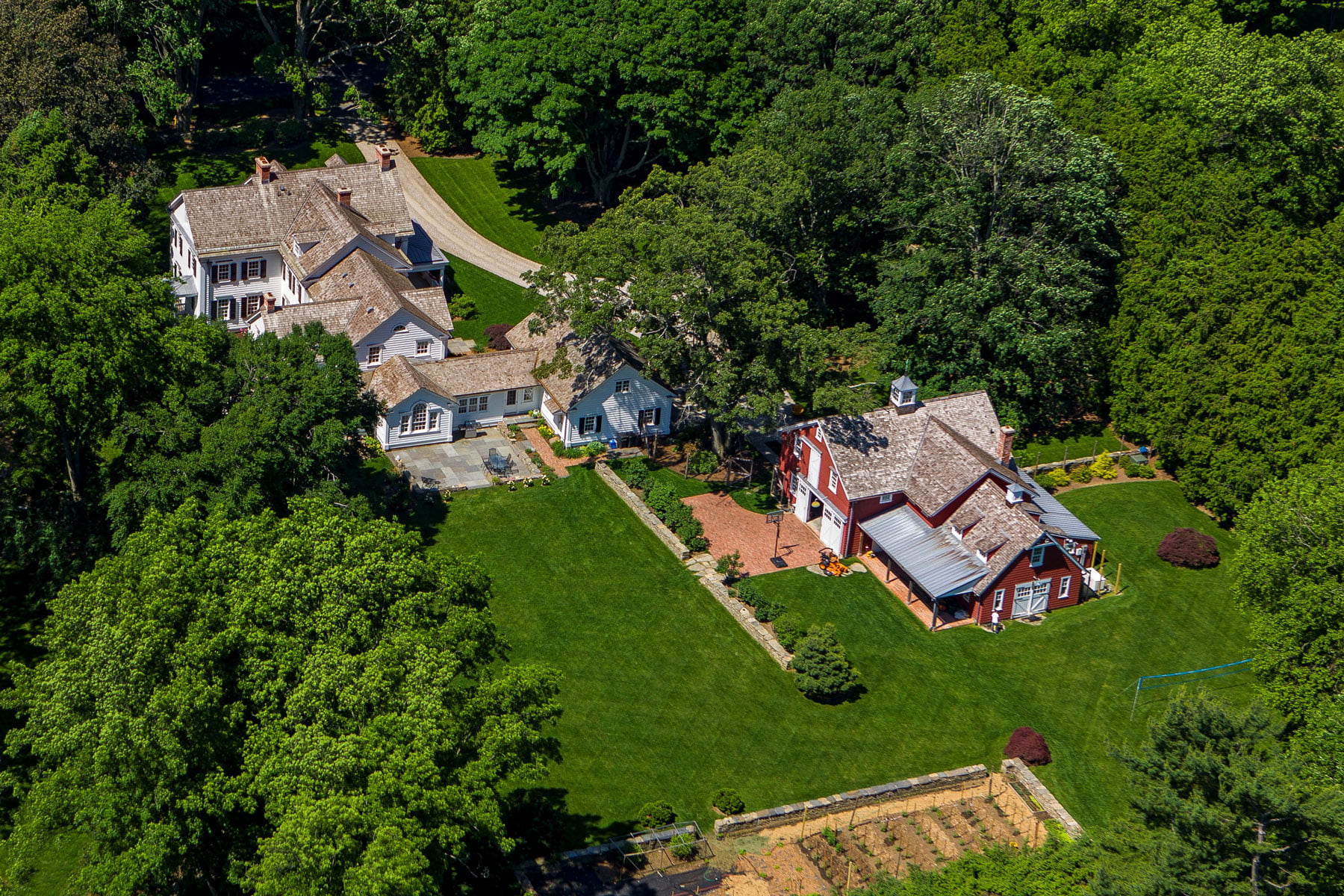 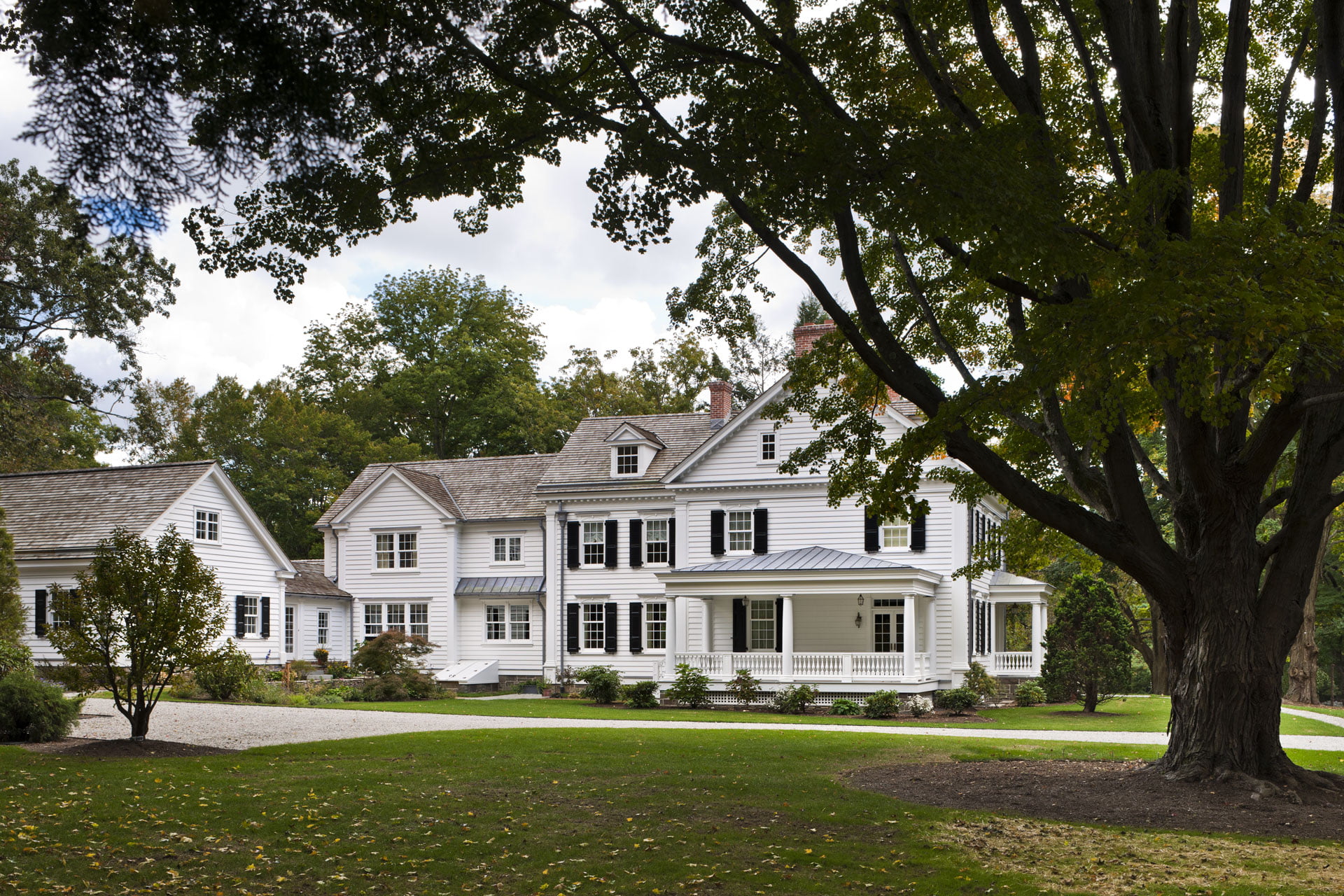 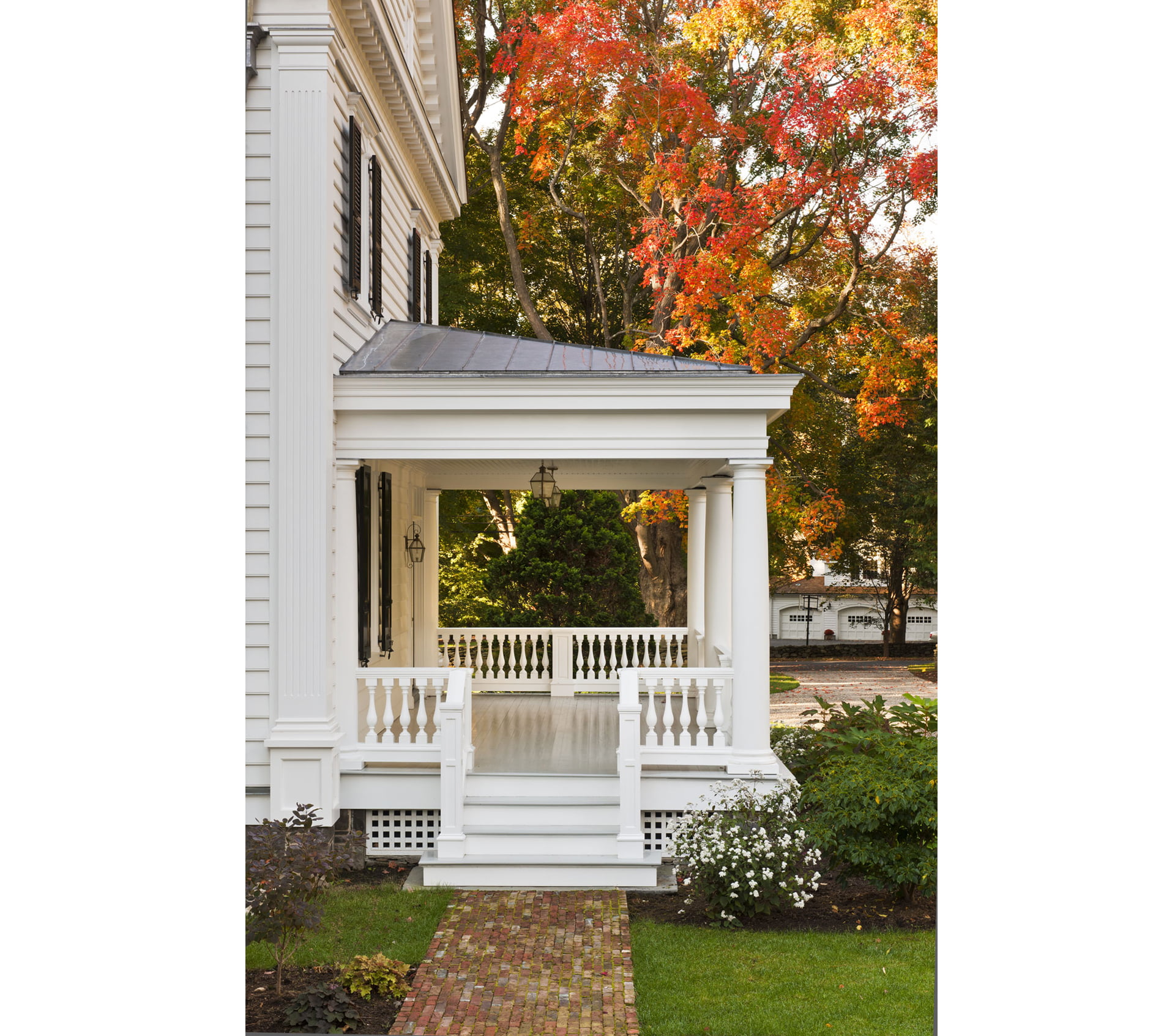 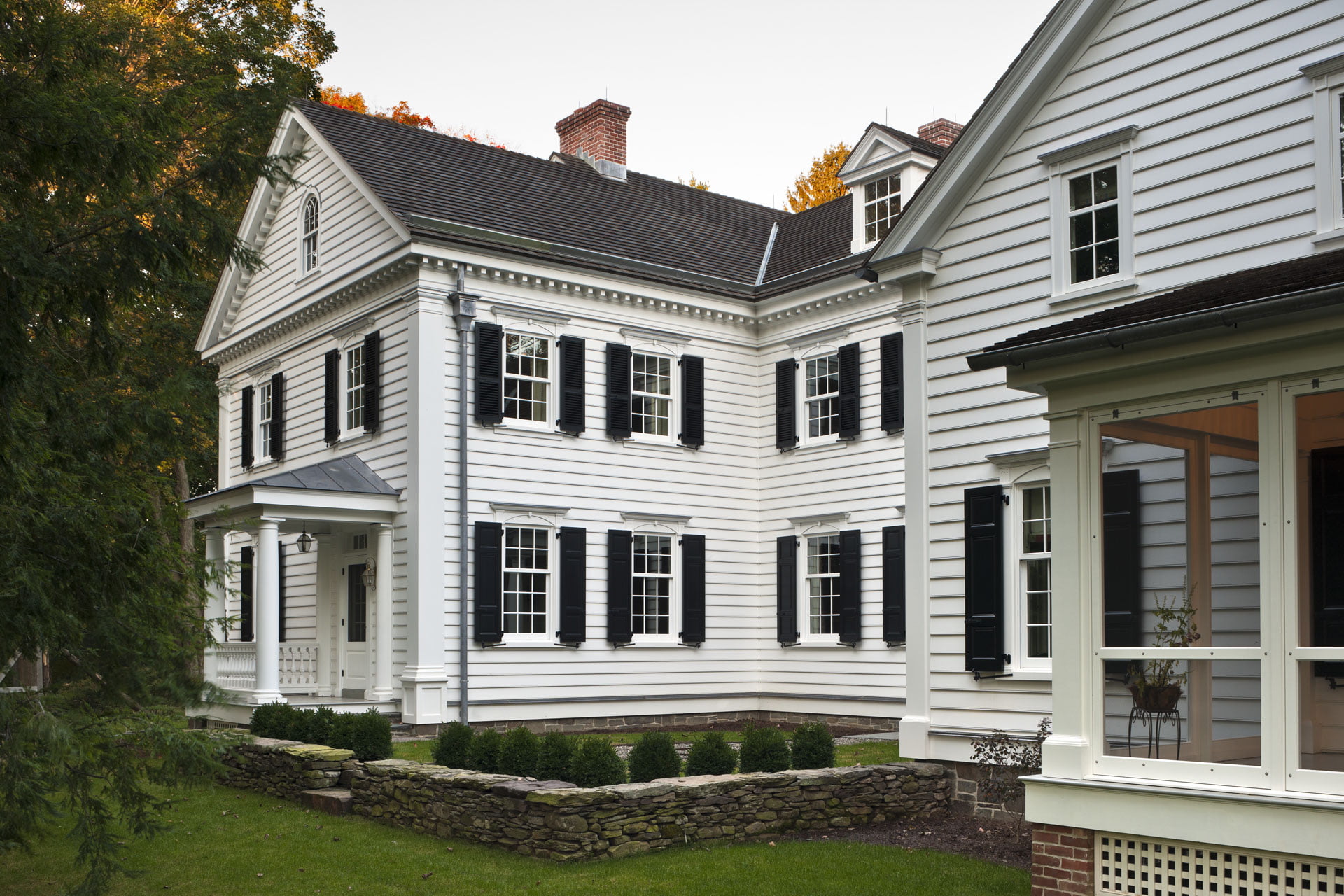 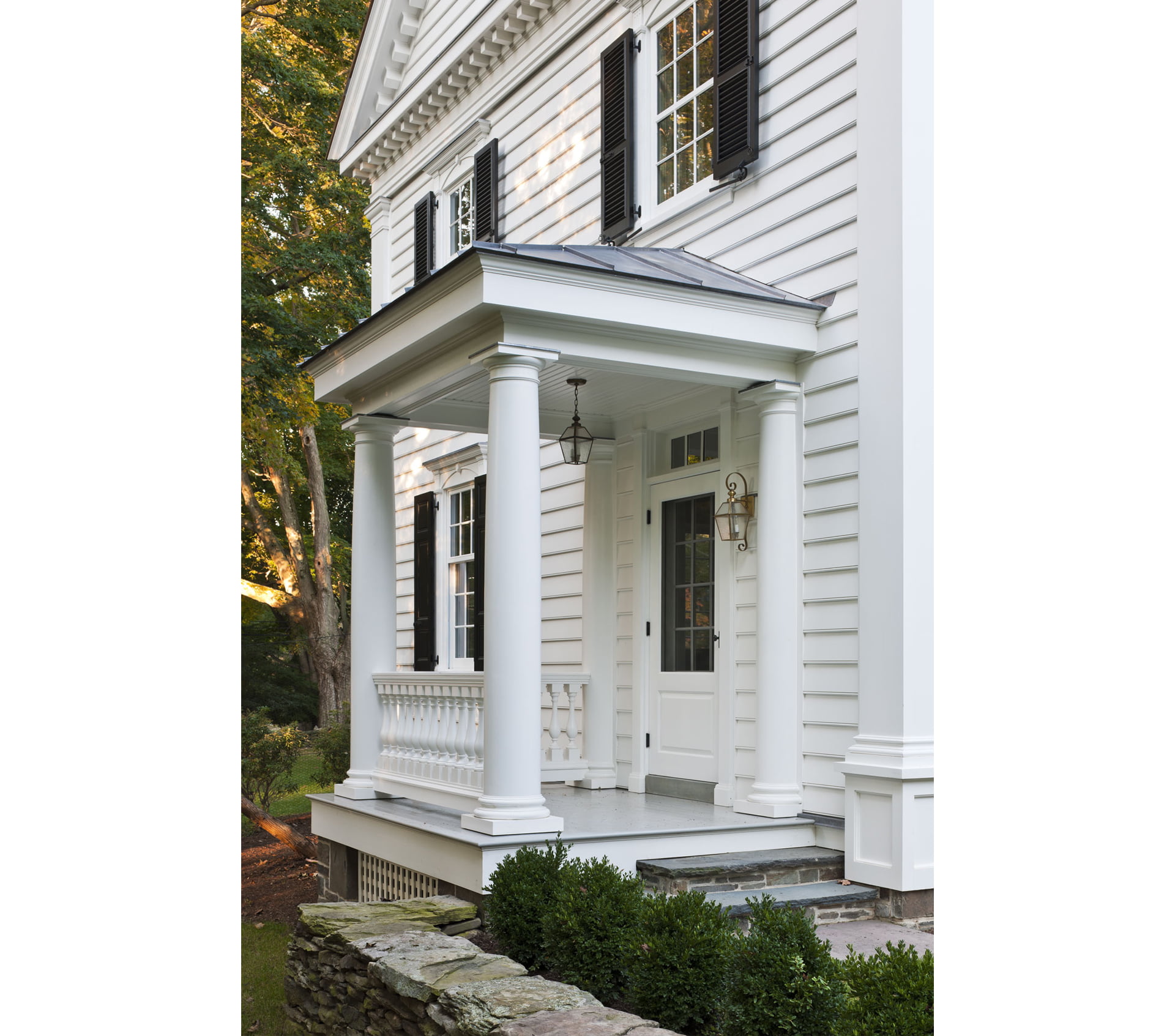 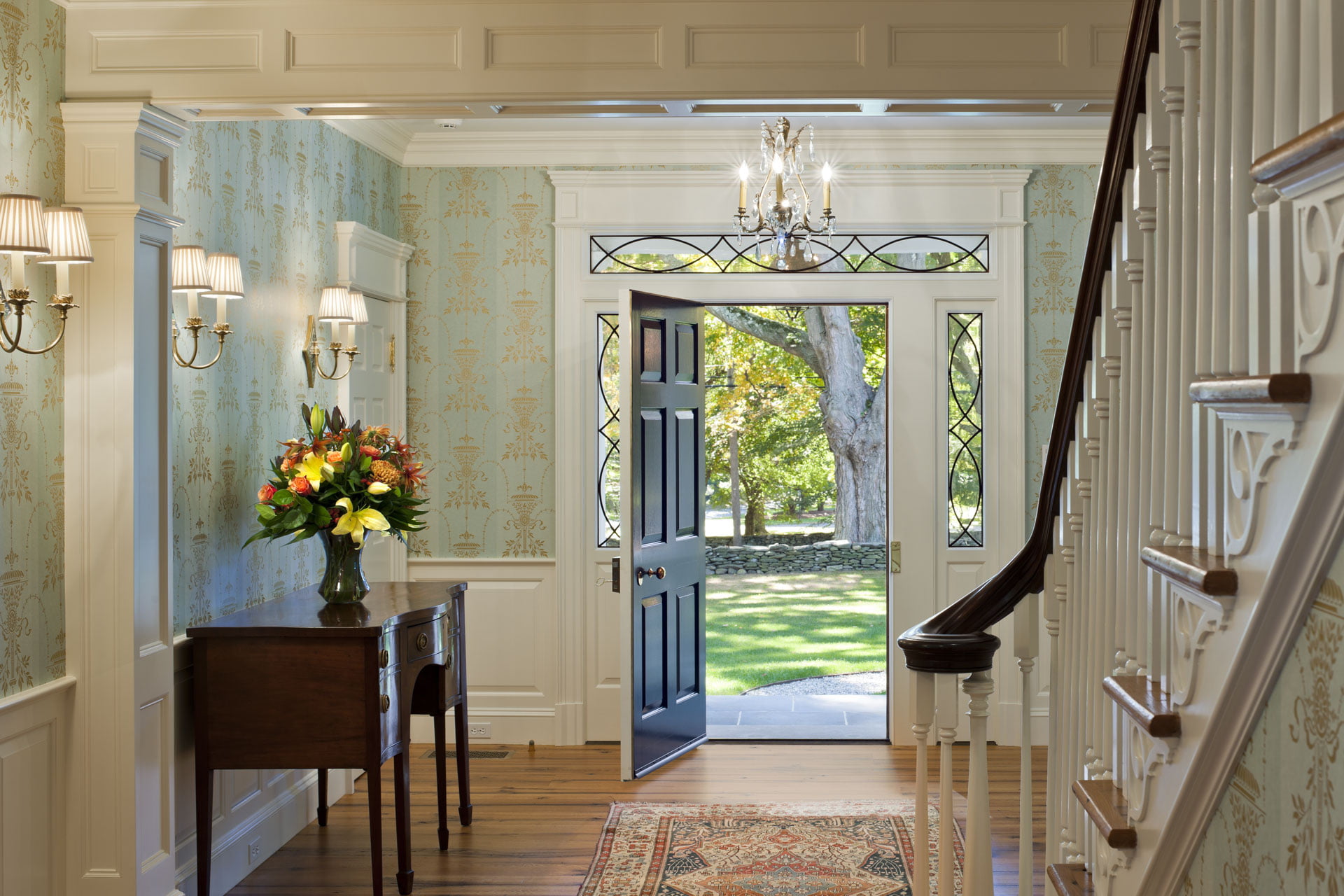 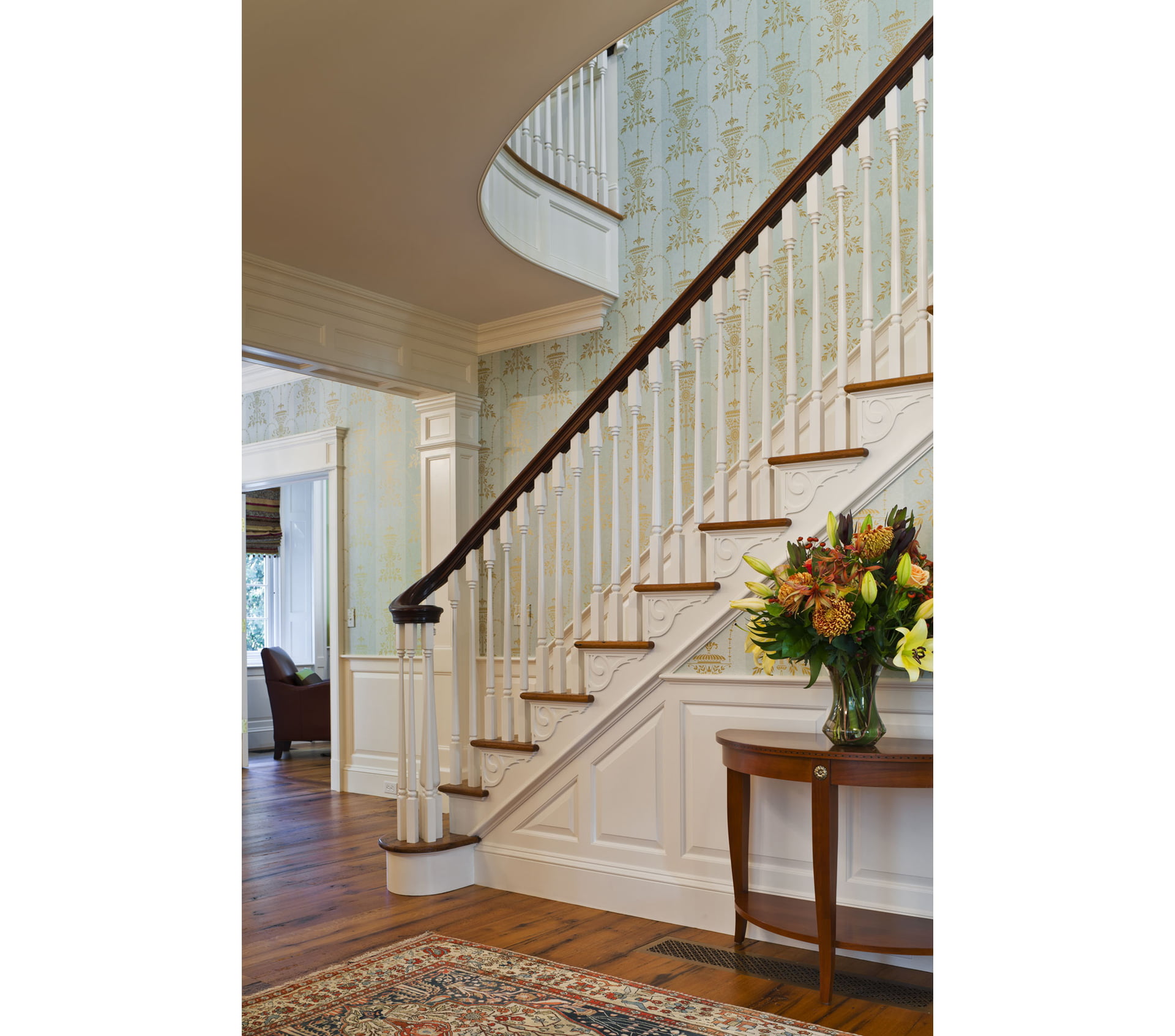 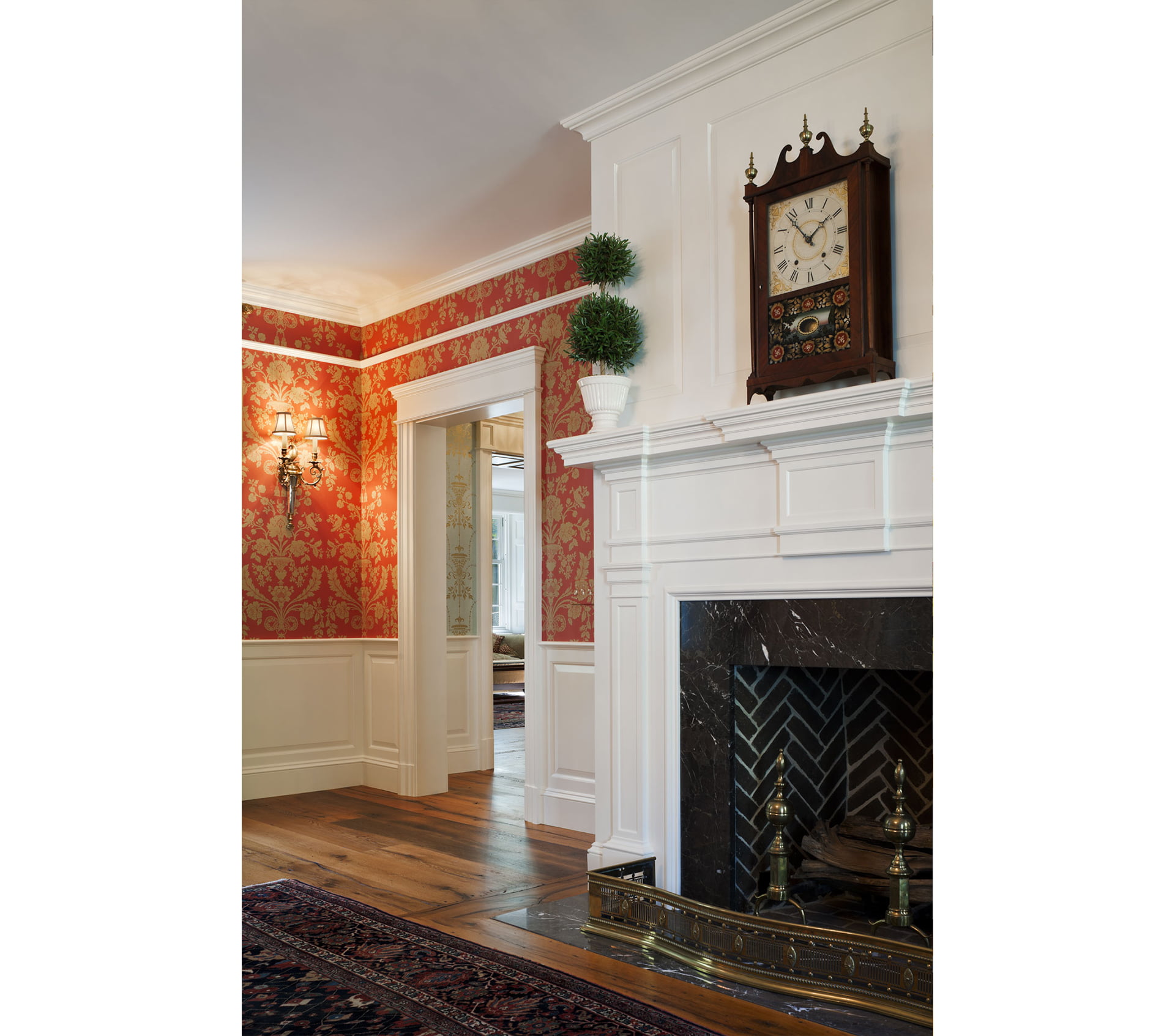 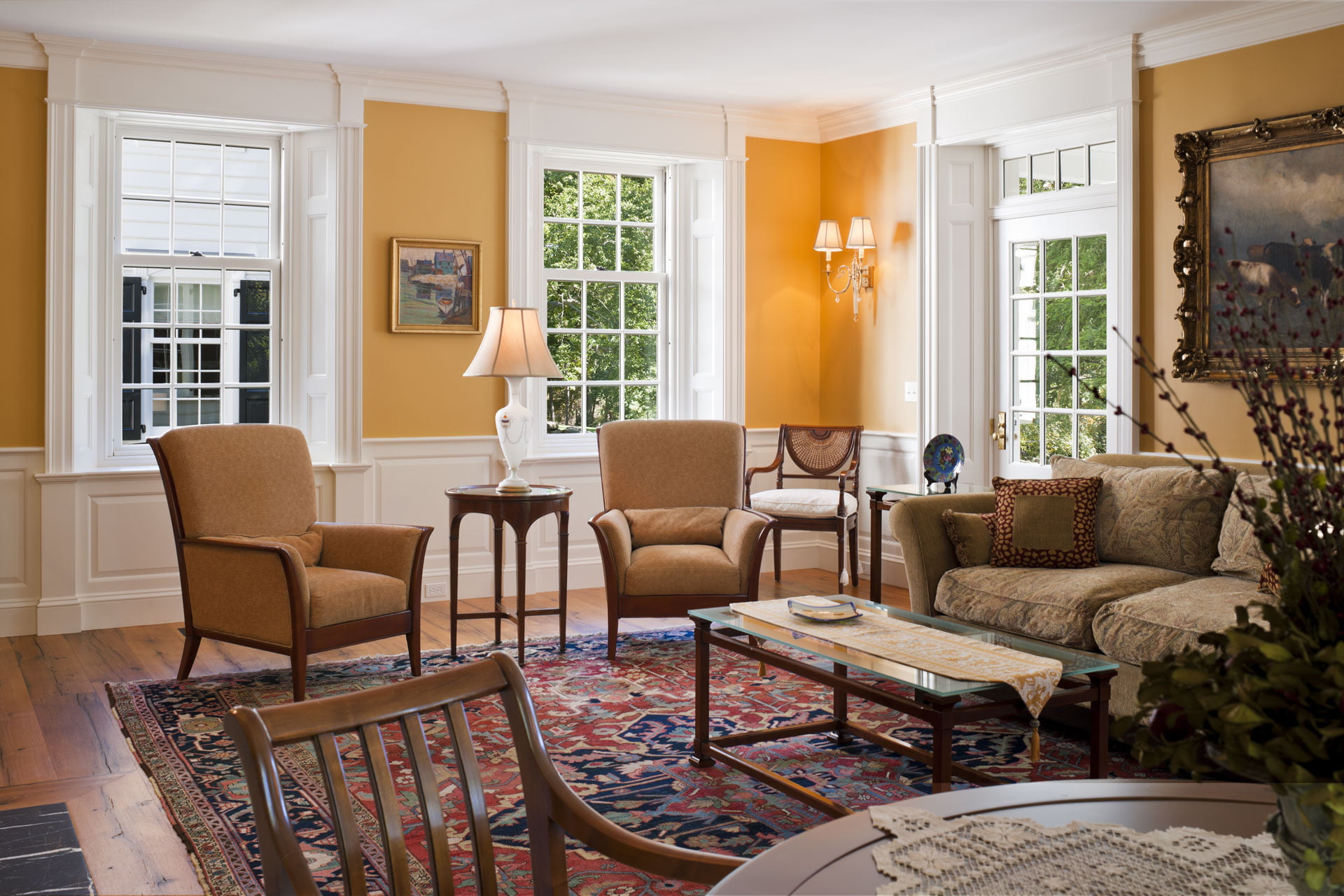 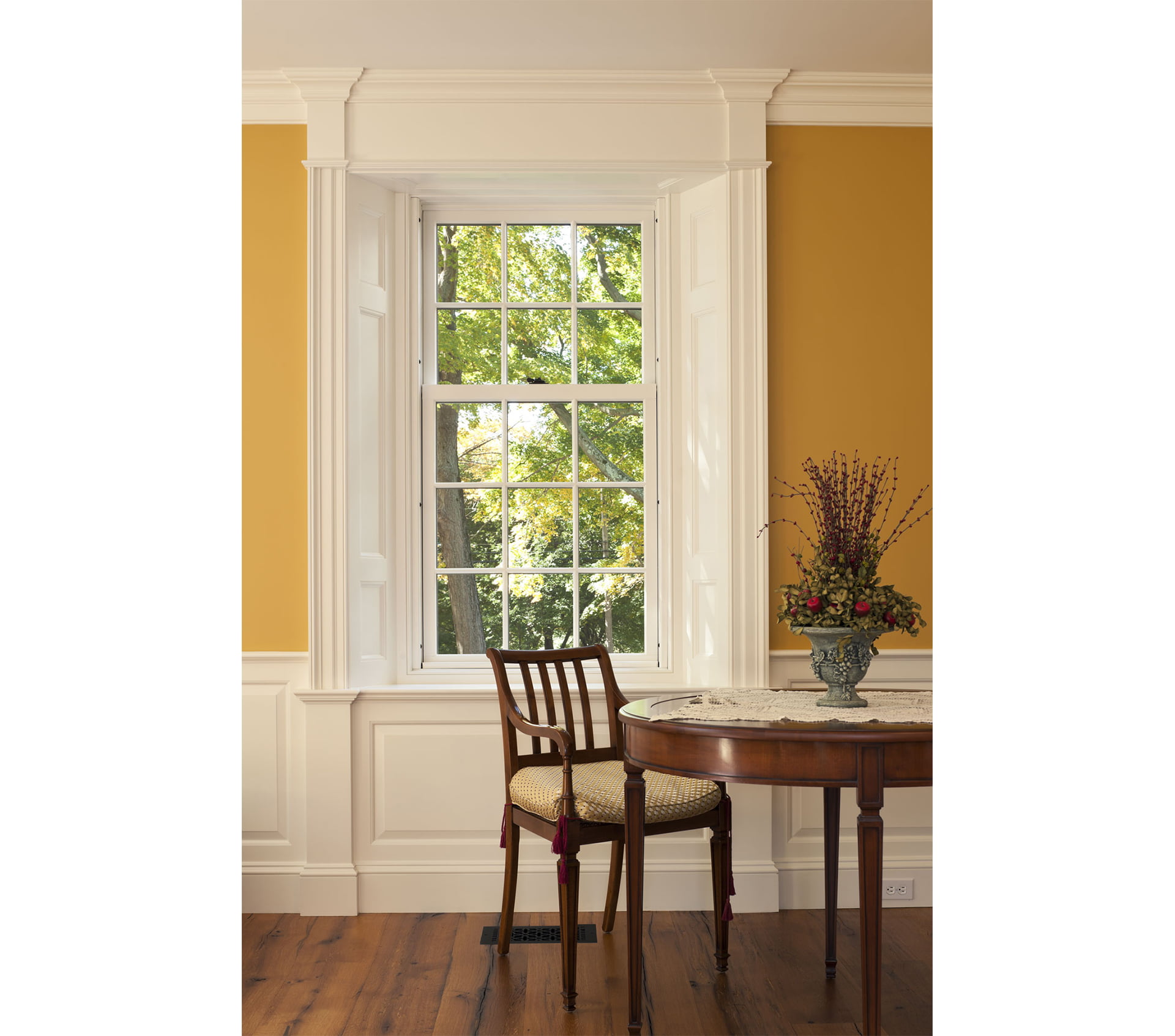 This is an entirely new residence built on the site where a much lived-in and modified home had existed for over a century. While this house was not designated as a historic resource there were strong references within the larger community and some old family pictures from previous owners that came to light during the design process. The site and the original house were a familiar landmark for the local residents.

The original scheme for the clients was to strip the house back to its’ original root structures and build from these in a series of additions that not only satisfied the program but also marked the passage of the last 150years. The clients wanted a home that looked like it had always been on the site to go with the mature specimen trees, ancient rose garden and park like nature of the site.

The original vernacular of the house firmly placed it in the classic New England interpretation of the Georgian or Federal style. Once the original mass was exposed, we began to design the appropriate additions which would meet the clients’ programmatic requirements.  At that point it was determined the house was not salvageable for a whole host of reasons.  Our belief is that architecture should be tied to the cultural and historical landscape in which it’s built.  In order to honor the memory of the original house our design approach was to create a house, in the original vernacular, that fit seamlessly on the existing foot print with a series of additions that met the lifestyle needs of our clients’.  Conceptually we started by placing the two central masses of the house perpendicular to the street on the approximate footprint.  We then added the prime two bay mass in front of it which was parallel to the street giving the house greater presence and prominence.  We then added a series of smaller volumes toward the side and the rear suggesting organic growth over time.