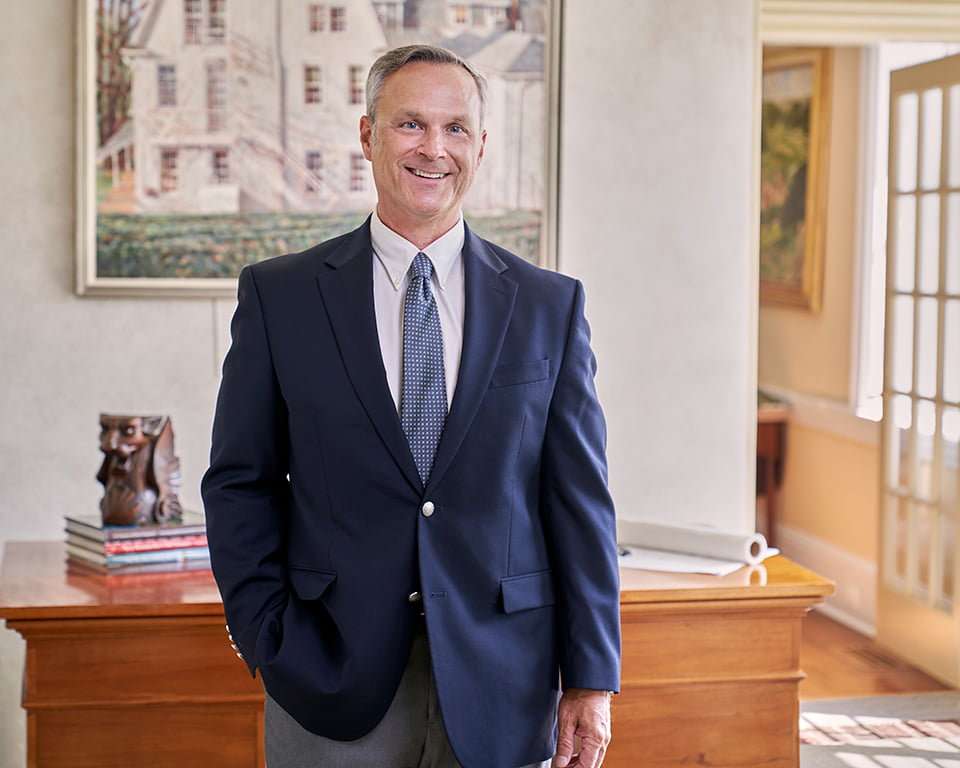 Rick Pinkerton has been with Peter Zimmerman Architects, Inc. since 1995 and is the firms most senior Principal. Rick’s devotion to architecture is evident thru the process in which he earned his degree. While working full time and helping raise his children, Rick earned his Bachelor of Architecture degree from Drexel University in 2004.

Rick’s emphasis is a strong classical influence in design while combining that with a modern family’s lifestyle. This dedication, experience and commitment has been a successful combination for the firm. He has led several of the firm’s largest projects. These include a Palladio Award and two Horace Trumbauer awards, one in 2016 and another in 2018.

Rick was named a Principal to the firm in 2016. He is a licensed Architect and certified by the National Council of Architectural Registration Boards (NCARB)

In his spare time Richard enjoys boating with his family at the Jersey shore as well as traveling abroad.

Back to About Us