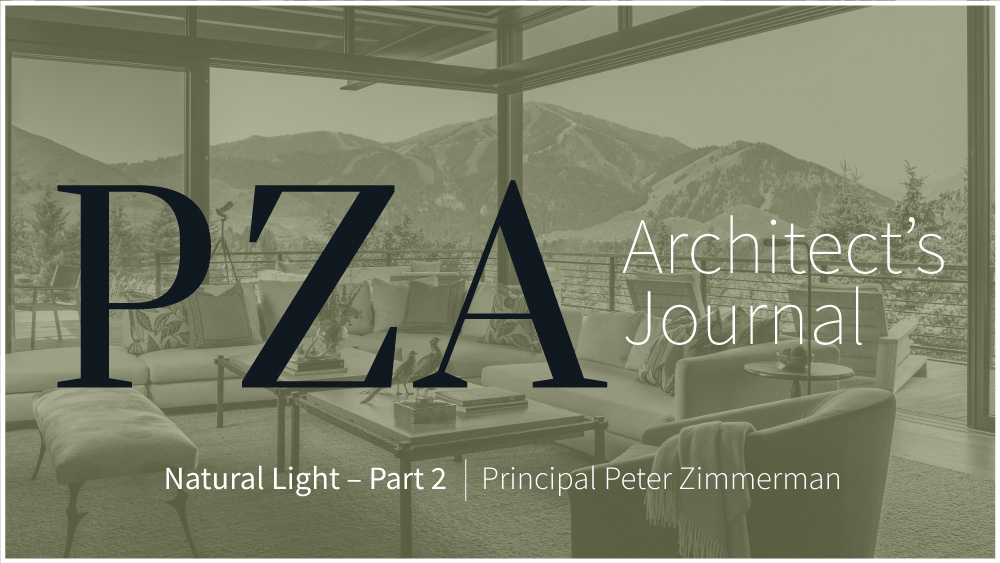 Our design response to the lifestyle of the modern family, whether it be designing a new old house or working with an existing structure, manifests in designing spaces that allow for less formal lifestyles without losing their traditional elegance. The interior spaces are traditional though they have an open, airy, transparent feel without forfeiting Classical proportion and scale. To achieve this, we use large, properly placed openings with plenty of axial views. Though certain phrases are critical to my way of thinking architecturally, use of light encapsulates everything we do.

We start with an assembly of rooms and look at the natural light sources in these rooms, where the windows and doors are, and then we bring everything into play. Contrary to what many believe, one does not have to lose clearly defined rooms to gain a sense of light and openness; the same can be said for the flip side; massive, open, clumsily proportioned spaces don’t necessarily create the desired sense of warmth, light and openness. In a new old house, we attempt to visually connect the house’s interior to the outside. We try to design the majority of rooms so that there is natural light and we try to create views from a minimum of two, but ideally, three of the four walls. The mind’s eye, given enough clues that are provided by the openings, has the ability to complete the landscape behind the remaining solid wall. Although the spaces are traditional in proportion and scale, a feeling of openness and light is thus created.

Sensitivity to the level and sources of light in a space is driven by the knowledge that the eye’s retina is unable to adjust instantly from darkness to light. We have all experienced walking from one room to another and squinting or closing our eyes in order to adjust to the light. Our solution is to raise the ambient light level inside to the light level of the outside, truly making the windows and glass doors transparent and removing the visual block of brightness. When explaining this concept to clients, I use the analogy of being inside a dark cave and looking toward the opening, which becomes a bright, blinding hot spot that acts asp0 a visual barrier instead of a visual corridor, actually removing the only available view. If, however, you were to raise the light level in the cave to equal the light level of the exterior, the visual obstacle disappears.

In an old house, it is not unusual to find rooms with one small natural-light source. When these houses were built there was little concern for light, but a great need for heat retention and security. One way to open up these rooms is to cut a large opening into another room or hallway that ends with a window. By creating more light, we are making sure that the eye never has to adjust. The connection between the two becomes seamless.

Also limiting the size and number of natural-light sources are low ceilings, which are found in some period houses. There is a fine line in these old houses between maintaining the scale and proportion and opening them up, but in order to gain the much-needed light, their scale has to be greatly increased. We push the exterior window envelope – enlarge the proportions of rooms and lift them up without making a house look like it is on steroids. This effort requires an understanding of the archetypal symmetry and balance of the stylistic approach.